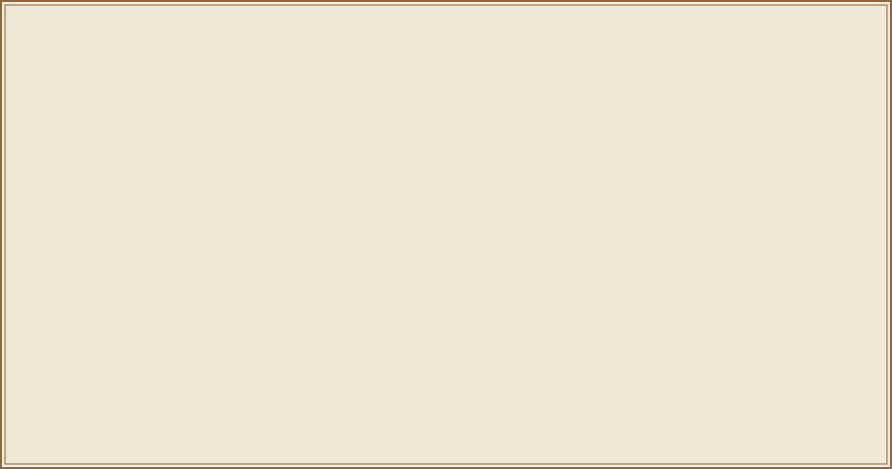 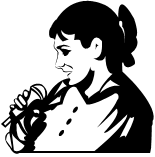 
Be a part of the area’s first community theatre production of this beautiful show!!

Based on Louisa May Alcott’s classic 1869 semi-autobiographical novel, Little Women the Musical focuses on the brassy, tomboy-like Jo March, and her family:  romantic Meg, pretentious Amy, kind-hearted Beth, and Marmee , at home in Massachusetts while the patriarch is off serving in the Civil War. As Jo struggles to become an astonishing writer, she realizes that her memories of her sisters and family are themselves astonishing, and finally gets the inspiration to write her novel. Featuring memorable songs such as “Astonishing,” “Days of Plenty,” “Some Things Are Meant to Be,” and “The Fire Within Me,” Little Women the Musical is sure to be an enjoyable show for all ages.

FIDDLER ON THE ROOF

Based on stories by Sholom Aleichem; Music by Jerry Bock; Lyrics by Sheldon Harnick

“Life is as precarious as the perch of a fiddler on a roof.”  Set in 1905 in the Russian shtetl of Anatevka, Fiddler on the Roof weaves the tale of Tevye, the village milkman, and the trials and tribulations of traditions being tested by the times.  This show boasts time-honored tunes like “Tradition,” “Matchmaker,” and “If I Were a Rich Man” to name a few.  The familiarity of this tale, its moving songs, and the family relationships explored at a time of political upheaval make “Fiddler” one of the best shows of our times.  Bring the whole family! 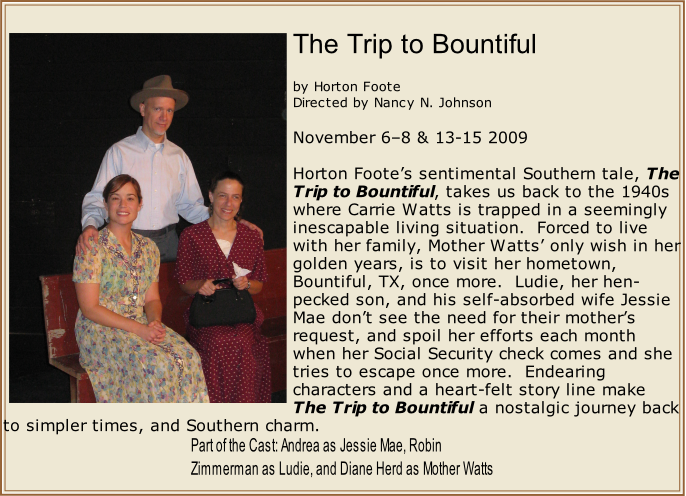 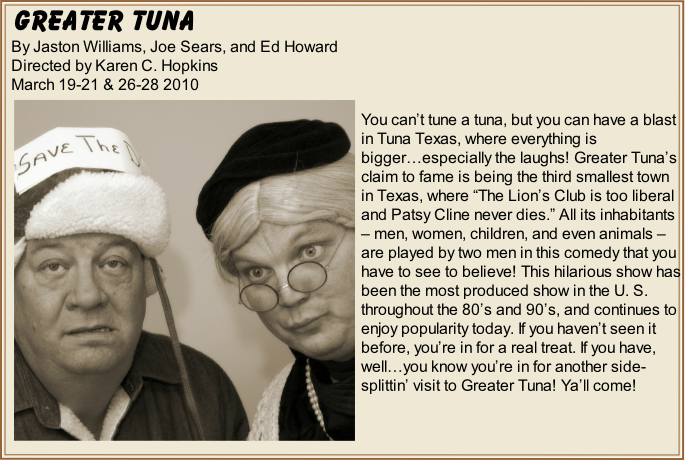 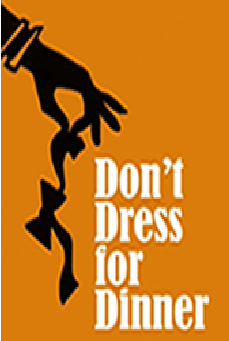 If you liked last season’s comedy-farce Lend Me a Tenor, you’ll be glued to Marc Camoletti’s funny French comedy Don’t Dress for Dinner.
Note – do dress for this show!! 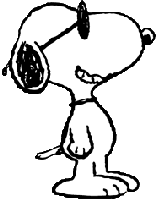 The Peanuts Gang is back in Bedford!  This time, Snoopy is leading the show.  All your favorite Charles Shultz characters are back in action – Charlie Brown in his new role as Safety Patrolman; Linus visits his favorite haunt, the Pumpkin Patch; and Lucy returns as…well…she’s still Lucy!  Sally, Shroeder, Peppermint Patty, and even Woodstock complete the gang in this musical sequel to You’re a Good Man, Charlie Brown.  Love, optimism, Christmas, and innocence are explored in the light-hearted, uplifting musical for kids of all ages.  You’ll laugh, cry, and certainly relate to your childhood dreams, so bring the whole family to see Snoopy!!!

Jennifer Carson is Snoopy. Robin Zimmerman is Charlie Brown, and his
little sister Sally is played by Jessica Austin. Lisa Butler is playing
Lucy VanPelt and her little brother Linus is Kevin Smith. The cast is
rounded out by Dana Tickle as Peppermint Patty and Woodstock is Kenzie
VanDerwerker.

LEND ME A TENOR

This night in June of 1934 is the biggest in the history of the Cleveland Grand Opera Company. World famous tenor Tito Morelli (**Jeff Bavely**) is to perform Otello, his greatest role,at the gala season opener**.** Saunders,** (Bill Winters)** the General Manager, hopes this will put Cleveland on the operatic map. Morelli is late, when he finally sweeps in accompanied by his wife Maria (**Laurie Cassidy) **it is too late to rehearse with the company. Through a hilarious series of mishaps, II Stupendo is given a double dose of tranquilizers and when mixed with the booze he has consumed he passes out. His pulse is so low that Saunders and his assistant Max (**Jeff Krantz)** believe he is dead. What to do? Max is an aspiring singer and Saunders persuades him to get into Morelli's Otello costume and try to fool the audience into thinking he's II Stupendo. Max succeeds admirably, but Morelli comes to and gets into his other costume. Now two Otellos are running around in costume and two women Maggie (**Liz Butler)** and Diana (**McKinley Tucker) **are running around in lingerie, each thinking she is with II Stupendo! Adding to the hilarity is Julia (**Jayne Brill**) Chairman of the Opera Guild and the Bellhop (**Scott McCoy**) a want to be opera singer.

**Lend Me a Tenor**, an adult comedy under the direction of **Karen C. Hopkins** is guaranteed to leave you teary eyed with laughter. 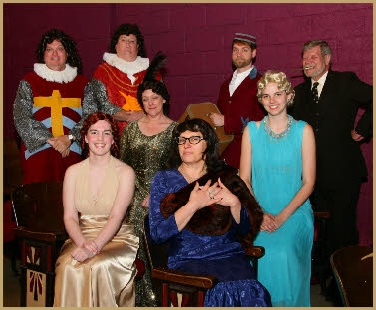 Lend Me A Tenor Cast

The Sound of Music! 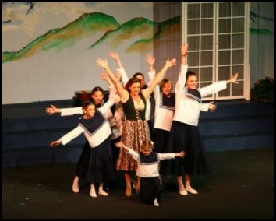 collaborative effort, and no doubt their most famous, features such hit songs as “My Favorite Things” , “Climb Every Mountain” , “Edelweiss” , “Do-Re-Mi” , and of course “The Sound of Music” -just to name a few! The motion picture version of this show was the most popular movie musical in history. The Sound of Music needs no further definition - it is part of our culture, its music is in owhearts, and we proudly present our own version of this time-honored classic. You won’t want to miss our season’s kick-off musical, The Sound of Music!

Driving Miss Daisy is the heart-warming tale of an unlikely match between a crotchety old southern woman and a proud, soft-spoken black man. Winner of the 1988 Pulitzer 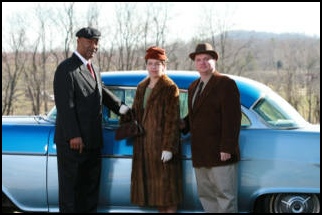 Prize, “Daisy” enjoyed a long Off-Broadway run, and we are pleased to be presenting this show this season. Picture 1948 in the Deep South prior to the civil rights movement. Daisy Wertham, a rich, spoiled and sharp-tongued Jewish widow, has just wrecked her car. Her son, Boolie, informs her that she is to now use a chauffeur, and he employs Hoke, a sweet, thoughtful black man, to do the job. Miss Daisy is not happy with this arrangement, and Hoke is not pleased with Miss Daisy’ s attitude toward him. Over time, we see their relationship bloom as Hoke’ s patience and smarts win her over. In the end, they find that they have more in common than they ever imagined, and that the era would ever allow them to admit. 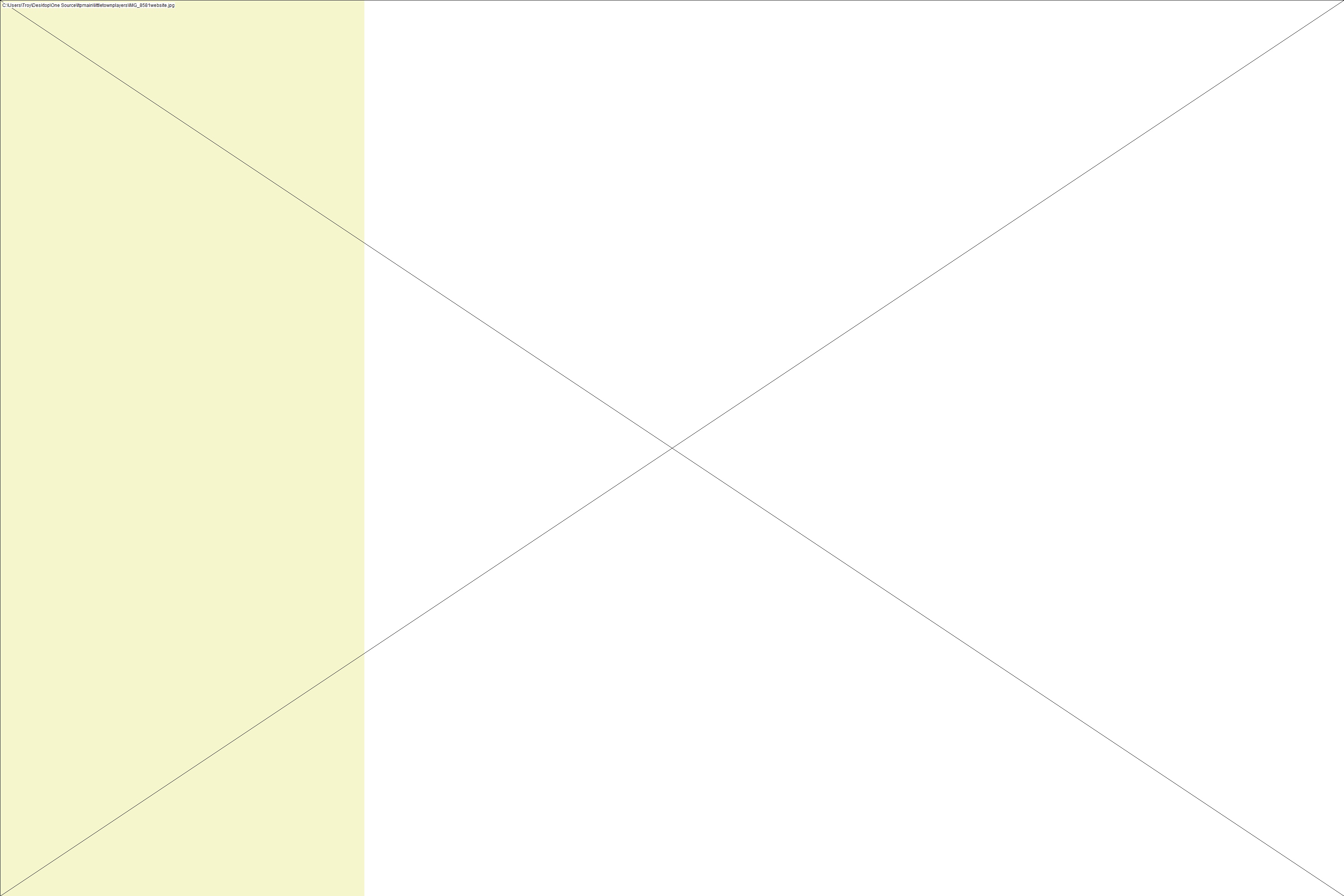 Agatha Christie’s tale of mystery and intrigue, tells the story of Lady Westholme and her young, English doctor companion. This group of travelers is staying in a Jerusalem hotel

along with a French colleague, a suave American, and a pugnacious Englishman from Lancashire. Then there is Mrs. Boynton, whose love for her four stepchildren is questionable to the point of murder. When she turns up dead, all become suspects. This is classic Christie, rich in plot and character development to the point where you don’t dare leave your seat or you’ll miss something important! Was Mrs. Boynton’s death natural, or was it helped along? Come join us and find out!

A crime drama by Frederick Knott

Marriage.  Deception.  Blackmail.  Murder.  Twist of fate.  Intrigued?  Dial M for Murder tells the tale of ex-tennis pro Tony Wendice’s miserable life, and quest to rid himself of a wife her married for money.  Plans backfire though.  You may remember this crime drama as an Alfred Hitchcock classic from the ‘50s starring Ray Milland and Grace Kelly.  Come and see how it ends!

A comedy by Larry Shue

What exactly is a Foreigner?  In a back-woods fishing lodge in Georgia, just 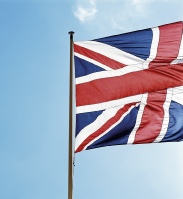 about all visitors are strange.  The owner, a sweet, southern lady really wants to see a foreigner though!  So, in an effort to help his boring English friend Charlie get away from his dull life, fellow Brit Froggy LeSeure, tells the lodge occupants that Charlie can’t understand English – he’s The Foreigner!  Secrets, gossip, and old-school scandal all play into this southern comedy.

"I laughed start to finish at one comic surprise after another." —The New Yorker. " 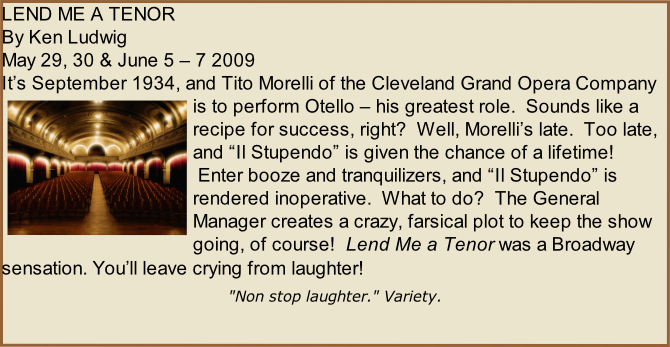 Barefoot in the Park

The Fox On The Fairway - Comedy 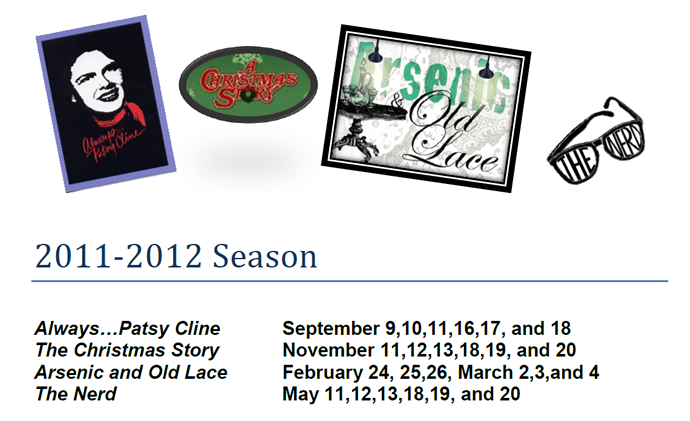 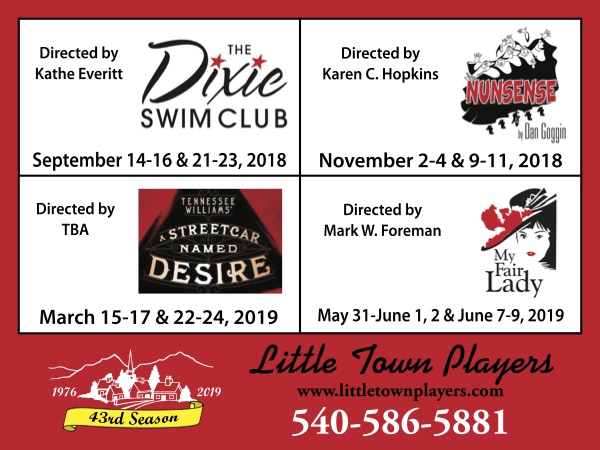